BOOK AT THE BEST PRICE

Zahara de los Atunes is a traditional fishing village that inspired one of the famous Exemplary Novels (Novelas Ejemplares) written by Cervantes. The village faces Africa and is proud to possess the best, extensive sandy beaches and dunes on the coast of Cadiz. This small village of 1200 inhabitants welcomes more than 25,000 visitors every year, all of whom choose this place for its magnificent, quiet beaches.


Zahara is a village located on what was the border between the Kingdom of Castile and the Kingdom of Granada centuries ago. It was the stepping stone to the continent of Africa. Its white streets and squares hint at old stories of pirates while its locals pass down skills in traditional tuna fishing techniques from generation to generation. It is this kind of fishing that has provided the village with part of its name, with "Atunes" being the Spanish word for "tuna". For centuries (even during the Roman and Carthaginian civilisations), a legendary ritual has been carried out on its beaches in the month of May, during which people go fishing in this area of water in search of its most precious product, the tuna fish, using the technique known in as "almadraba". The tuna come from northern seas and American coasts year after year, century after century, to fulfil their annual date in the Strait of Gibraltar which leads to the Mediterranean where these fish lay eggs. Off the coast of Zahara de los Atunes, fishermen await this sea army, ready to catch them with their fishing technique known as "almadraba". This collection of nets catches and holds the tuna until they are collected by boat and taken ashore. This fishing technique was used exclusively for centuries by the Ducal House of Medina Sidonia.


"Almadraba" is a fishing technique designed for catching large tuna fish. It is basically a maze of nets that direct the tuna to a final area of the network known as the "copo", from which they can no longer reach open sea. It is from this part that they are collected by the fishermen using harpoons and then hoisted onto a vessel which takes them to shore.


The "almadraba" tuna are named "de Derecho" or "de Revés", depending on whether they have come from the Atlantic Ocean, heading to the Mediterranean Sea where they will lay their eggs (which they do every year in May), or if they are travelling in the opposite direction, from the Mediterranean to the Atlantic, having already laid their eggs (this usually occurs in September). 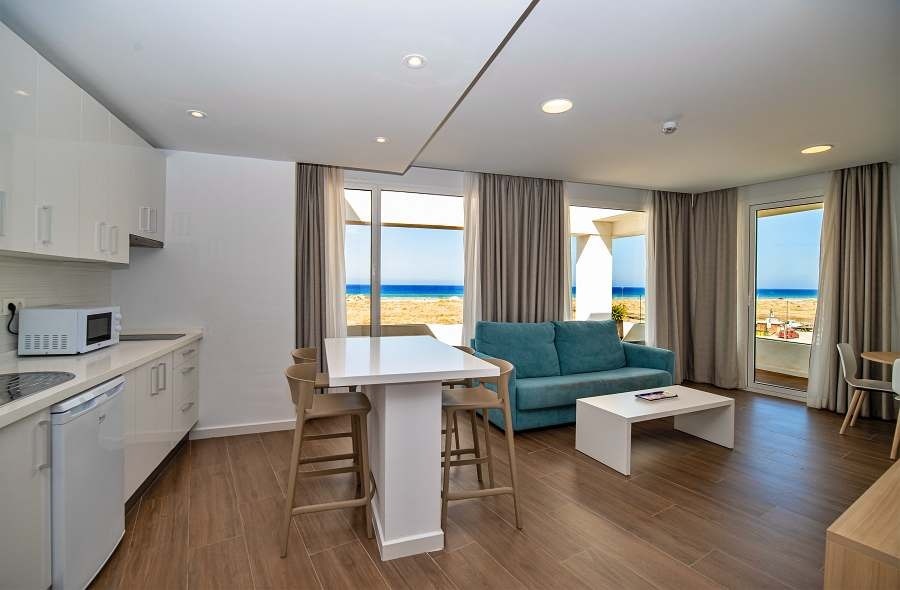 Bright, spacious accommodation options where you can relax and enjoy fantastic views

BOOK AT THE BEST PRICE